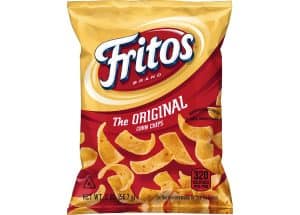 Vegan or Not Vegan? That is the Question!

When we first because vegetarians in 2013, we were pleasantly surprised to find out that the answer to the question, are Fritos vegan is a surprising, Note: This only includes the regular, scoops, and BBQ varieties. All others are NOT vegan.

Unfortunately, we were also surprised to find that several foods we thought were vegan (or at least veg-friendly), were not!

This inspired us to produce a podcast called, “Foods that Seem Vegetarian But Are Not”. This topic recently had a lot of activity in our closed Facebook group, the Peas and Carrots Society so we decided it was time to take a second look.

This time around we considered the vegan perspective instead of vegetarian, so in this episode, we share some foods that seem like they should be vegan (no animal by-products at all) but aren’t, as well those that are surprisingly vegan.

Let’s Play a Game! Is it Veg-Friendly or Not?

In this episode of our podcast, Larissa and I play a game of “Is it Veg-friendly” or not?”  Without giving you the answers right away, I’ll give you some information around ingredients to watch out for if you are following a strict vegetarian or vegan lifestyle.  This will also give you some clues if you choose to play the game with us while listening to this episode of the podcast.

You can listen to the podcast here or read on for a high-level summary.

Foods with Whey and Casein

Whey and Casein are both dairy products.

Foods with Cochineal or Carmine

Rennet is an enzyme used in certain cheeses. This enzyme comes from the stomach lining of goats and cows. The good news is, some cheese made from vegetable rennet so be sure to read the label!

While there are plant-sources of omega 3 such as chia and hemp seeds, some foods that proclaim “heart-healthy” benefits can include fish oil.

Some cereals that are “fortified with vitamin D” contain fish oil or lanolin, the latter of which is derived from sheep’s wool.

L-cysteine is an amino acid that is often used to help soften certain foods such as bread and other bakery items. It’s derived from poultry feathers.

So now you have a few things to consider when trying to guess whether the things we mention in the podcast are veg-friendly or not. Play along with us and then leave a comment below letting us know which food surprised you the most!

That depends.  Most raw sugar is refined using bone char. This isn’t just white sugar. Brown sugar and confectioner’s sugar can also contain bone char. The good news is that because bone char is not on the National Organic Program’s List of Allowed substances, you can simply look for the organic label when buying sugar and be assured your sugar is bone char-free.

This one surprised me even more than sugar! Unless they are organic, bananas are not vegan. Conventional bananas are sprayed with a bacteria-fighting compound made of shrimp and crab shells. Organic growers do not use this compound.

Not all orange juice is vegan. Those that are fortified with vitamin D can contain either lanolin (from sheep’s wool) or fish oil. Vitamin D2 is from plants but D3 is from animals. Some juices that say “heart-healthy” also can contain omega 3 fatty acids from fish oil.

Sort of.  While the cookies themselves do not contain any non-vegan ingredients, the Oreos (UK) site lists milk as a possible cross-contact (which means that the cookies might be made in a machine also used to produce foods made with milk).

Most traditional marshmallows contain gelatin, so the answer is generally “no”. However, thank goodness for Dandies Marshmallows, which are vegan!

Some, but not all! Check the label for dairy products such as whey.

Are Jujubes and Jujyfruits Vegan?

No. Some nuts use gelatin as an adhesive to help the salt and other flavorings stick to the nut. Your best bet is to get peanuts in the shells.

Yes!  Surprisingly, most commercially packaged bacon bits do not contain actual bacon and are vegan.

While veggie burgers are vegetarian-friendly, they aren’t necessarily vegan-friendly as they can contain whey.

No. McDonalds was actually sued by several vegetarians and Hindus because they advertised that their fries were cooked in vegetable oil while, in fact, they are flavored with beef tallow (fat). The good news is that while McDonald’s still hasn’t changed it’s fry recipes, many fast food restaurants do in fact use vegetable oil.

Thank goodness, YES! Just remember some cereals that are “fortified with vitamin D” contain fish oil or lanolin which is derived from sheep’s wool.

No. Many varieties contain anchovies; however, some brands are beginning to produce vegan versions,  including Annie’s Organic Vegan Worcestershire Sauce.

Vote with Your Dollars!

Hopefully, we’ve provided you with some guidance about what to look for when it comes to determining whether a food is vegetarian and/or vegan so that you can make educated choices about what you buy for you and your family.

The good news is, companies are starting to pay more attention to ingredients and to making their products more veg-friendly, so hopefully the list of veg-friendly foods will continue to grow!

Looking to go vegan? Check out the Vegan Starter Kit from Nutritiously to help you make a healthy vegan diet work all in one place! 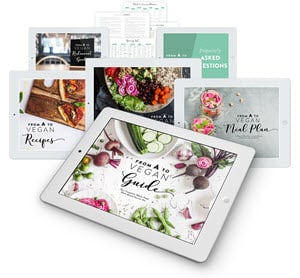 From A to Vegan: Vegan Starter Kit by Nutriciously
$47

Everything you need to make a healthy vegan diet work in one place! Bundle includes:

Please note that some of the links on this page may be affiliate links and, at no additional cost to you, we will earn a commission if you decide to make a purchase after clicking through to the product using the link we have provided. We never recommend or provide affiliate links to products or services we do not use ourselves, and our ultimate goal is to provide helpful products and advice to you, our readers and listeners.

Support Us On Patreon! 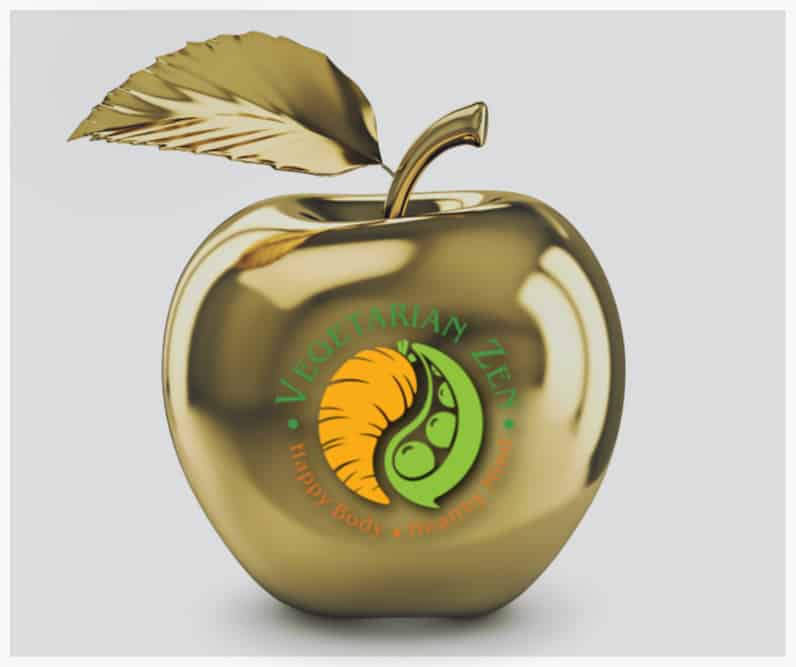 A Special Thanks To Our Sponsors:

Further Reading and Resources Used for this Episode:

Recipe of the Week

Product of the Week