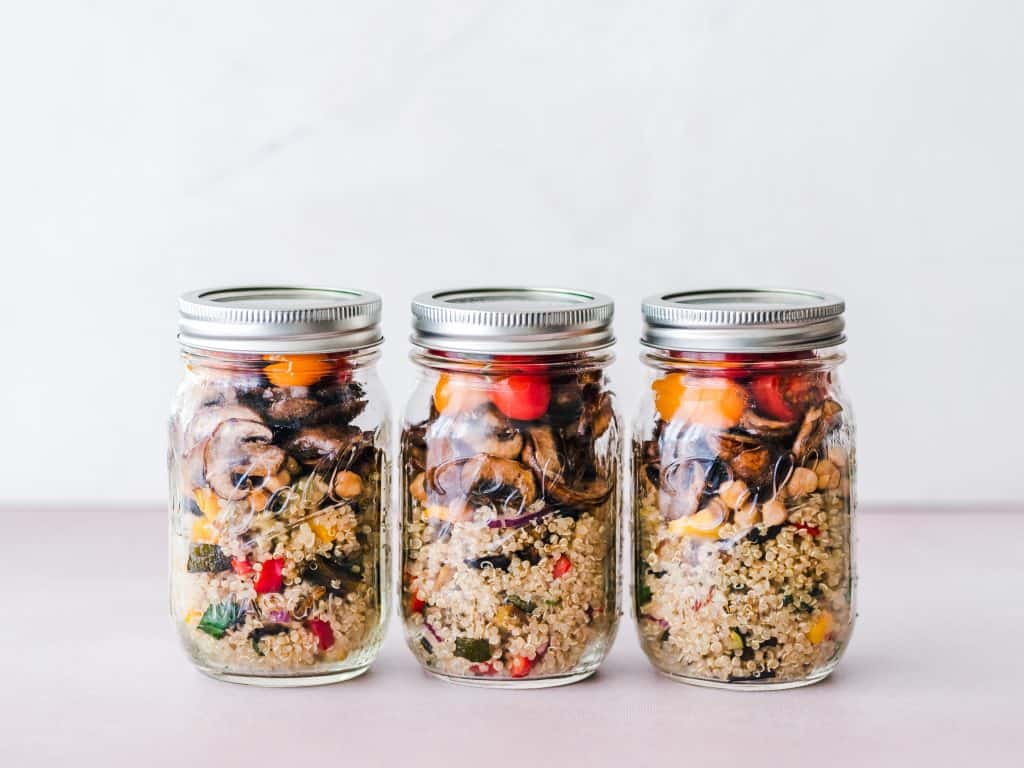 Quinoa is one of the BEST plant-based proteins for vegetarians and vegans. In this episode of our podcast, we discuss what quinoa is, quinoa, and share a few recipes we’re eager to try.

You can listen to the podcast here or scroll down for a quick summary of what we discuss along with any resources we mention.

What is quinoa (pronounced KEEN-wah)?

To some people, quinoa may seem like a new hipster craze, but it’s actually been around for a very long time.

Quinoa is a flowering plant in the amaranth family. Eating quinoa really involves eating just the seeds of the plant.

It’s considered an “ancient grain” which means it’s a plant that’s been cultivated for millennia.

(Again, though, it’s technically not a grain … it’s a seed).

The seeds are eaten similarly to grains like rice.

I like to describe quinoa as tasting a bit like brown rice but without the super nutty, grainy, taste of brown rice that turns me off.

Instead, quinoa has a milder taste and texture that is somewhat like oatmeal.

What Are the Health Benefits of Quinoa?

Quinoa is CRAZY healthy in general, but specifically for vegetarians and vegans. It’s one of the foods you get to say when you answer the question, “Where do you get your protein?”

Quinoa is not only high in protein but it’s considered a COMPLETE protein!

Interesting fact, according to the Food and Agriculture Organization of the United Nations, quinoa was chosen as one of the “bonus foods” onboard the International Space Station. It’s being looked at by NASA scientists as something that could potentially be grown in outer space.

Yes, quinoa is gluten-free however, be sure to look for a label on any quinoa you’re buying that says it’s certified GF.

Problems with cross-contamination can occur in the manufacturing process whereby quinoa can be grown and harvested in the same facilities where grains such as barley and wheat are also grown.

For those on a Ketogenic (aka Keto) diet, this is probably not the food for you.

A keto diet is essentially a low-carb, high-fat diet that is sort of like the modern-day “Atkins” diet.

Since quinoa has about 39 grams of carbs per cup, that would eat up a lot of the daily carb allowance on a keto diet.

So Which Is Healthier For Me, Brown Rice or Quinoa?

In a head-to-head battle, brown rice and quinoa are very well matched!

Note: Brown rice is specifically used in this comparison since white rice doesn’t have anywhere near as many health benefits as brown rice.

Brown rice and quinoa are closely matched when it comes to:

Brown Rice wins in the categories of:

However, we start to see quinoa pull away for the win in the categories of:

The 3 main types of quinoa are red, black, and white. White quinoa is the most neutral tasting so it’s probably the best one to start with if you’ve never cooked quinoa before. Much like rice, the red and black varieties of quinoa have their own distinct flavors so you may want to try a little bit before buying a lot.

I’m usually in the habit of rinsing foods first but quinoa specifically has a natural coating called saponin.  Saponin is not considered toxic to humans but can make the quinoa taste “soapy”.

Much like rice, cooking quinoa can be a bit tricky.  If you don’t do it right, you can end up with a mushy pot of food.  The easiest thing to do, of course, is to follow the directions on the package.

If you buy in bulk, however, there is no package… in that case, I like this method per The Kitchn.

In addition to cooking it on the stovetop, you can also make quinoa in a rice cooker and Instant pot.

For a rice cooker use the setting for white rice. Be sure to let the quinoa rest for a bit before fluffing it up with a fork.

For a pressure cooker, use about 1 ½ cups of water or veggie broth and a dash of salt. Seal the lid and use the rice setting.

OK, I Know Quinoa, Now What Do I Do With It?

Quinoa is often used just like any other grain so it substitutes well in any grain recipe or even by itself as aside.

BUT, we don’t want to disappoint without some tasty recipes to try.

Here are 5 we’ve queued up to try ourselves!

How Do I Store Quinoa?

Keep uncooked quinoa in an air-tight container in your pantry. It will stay fresh for a few months.

Cooked quinoa should be placed in your fridge and will stay fresh for a few days.

Please note that some of the links on this page may be affiliate links and, at no additional cost to you, we will earn a commission if you decide to make a purchase after clicking through to the product using the link we have provided. We never recommend or provide affiliate links to products or services we do not use ourselves or that come from a trusted resource. Our ultimate goal is to provide helpful products and advice to you, our readers and listeners.

Mentioned in this episode: 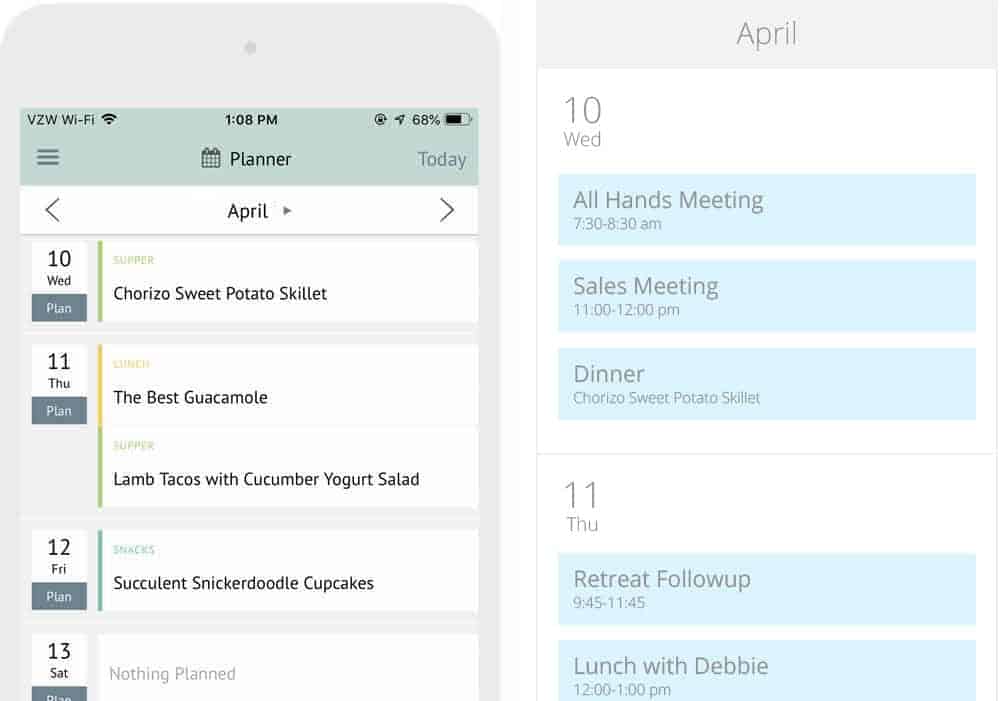