I have to admit it, I was SUPER skeptical the first time I saw a picture of vegan tuna salad. Having grown up eating tuna fish sandwiches for lunch, I could not imagine that anything not containing fish could taste like the tuna I once ate before becoming a vegetarian. I thought my tuna-eating days were behind me.

Then one day, while scrolling through Instagram, I saw a picture of what appeared to be tuna salad but it wasn’t tuna at all!  In fact, it was chickpea tuna salad made entirely of vegan ingredients! OK sure, it LOOKED a LOT like tuna but could it really be a viable substitute for tuna?

The answer, thank goodness, was an emphatic YES! 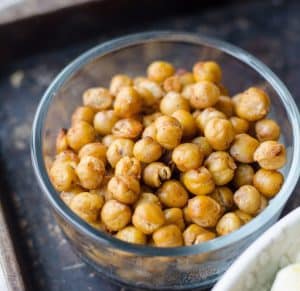 After experimenting with a few versions of chickpea tuna salad on my own, I created this simple recipe that I swear I could eat every day!

I’m not sure why it took me so long to try vegan tuna salad. Perhaps it was my skepticism and anticipation of being disappointed but when I finally got around to trying this, it was anything but disappointing. I enjoy serving this vegan tuna salad recipe on crackers, in a Buddha bowl, or as a sandwich.

If you ever have a craving for “real” tuna salad, definitely give this mock tuna recipe a try. Odds are it will satisfy that craving, and it’s good for you! 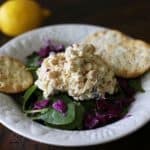 You can also use some black salt to add an eggy flavor to your tuna salad. 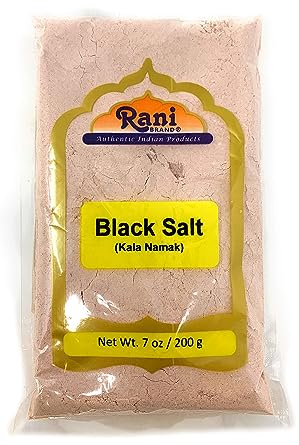