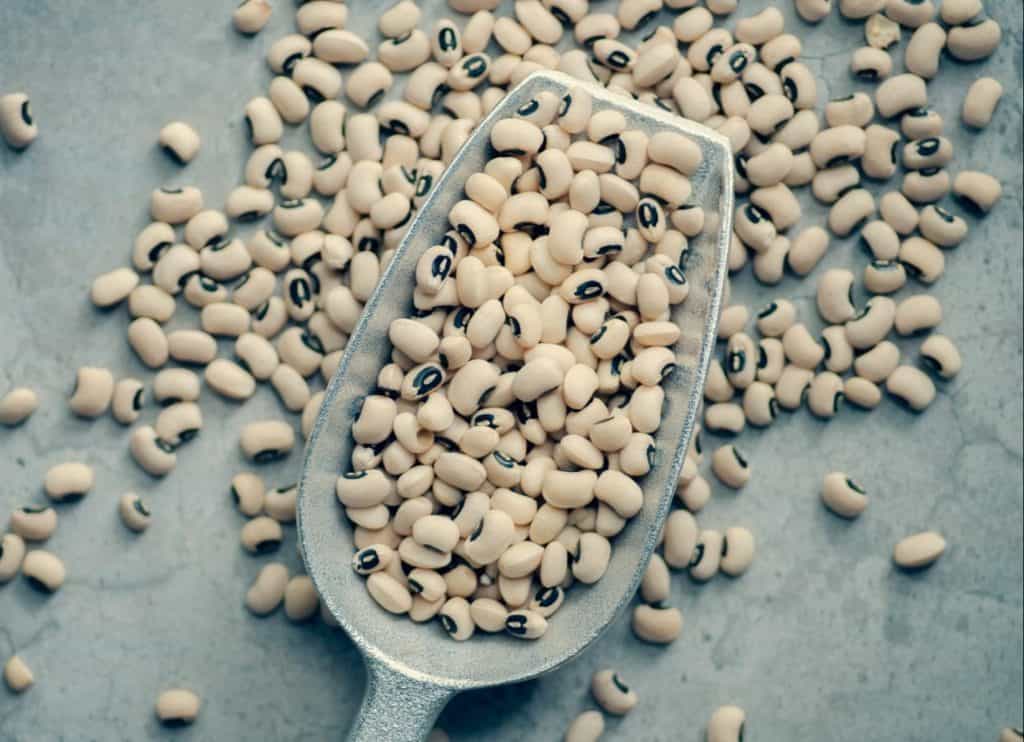 It’s tradition down here in the southern U.S. (where we live) to get the new year started off right with a big bowl of black-eyed peas. These yummy legumes are believed to bring you good luck for the coming year. Whether you believe that black-eyed peas are lucky or not, one thing’s for certain: they are VERY nutritious! These seven black-eyed peas recipes are a yummy way to ring in a new year.

Please note that some of the links on this page may be affiliate links, and at no additional cost to you, we will earn a commission if you decide to make a purchase after clicking through to the product using the link we have provided.

What Are Black-Eyed Peas?

The black-eyed pea (also called southern pea) is a subspecies of the cowpea, which is actually a member of the bean family. They grow best in warm climates, making them ideal for Southern United States agriculture. Black-eyed peas grow in pods and are typically shelled before cooking, although immature pods are sometimes broken (snapped) in pieces and cooked in with the shelled peas. These are called snaps.

The earliest evidence of their cultivation appears in western Africa around 4000-3000 BCE. Black-eyed peas were first brought to North America on slave ships in the 18th century.  This explains their extensive growth and importance in the cultural history and cuisine of the southern states.

As with other legumes, black-eyed peas are high in protein. They are also a great source of dietary fiber; are loaded with folate, magnesium, and iron; and are low in cholesterol, sodium, and saturated fat.

So, How Do You Cook Black-Eyed Peas?

Cooking fresh black-eyed peas is easy as can be.  Simply place shelled and rinsed peas in a pot and cover them with fresh, cold water.  Bring to a boil, then reduce the heat and cover the pot.  Simmer the peas, covered, until they are tender.  Your definition of tender and mine may differ, so check the peas after about 15 minutes.   If you like them softer, simmer a little longer.  Don’t add salt until the peas are done to your liking. 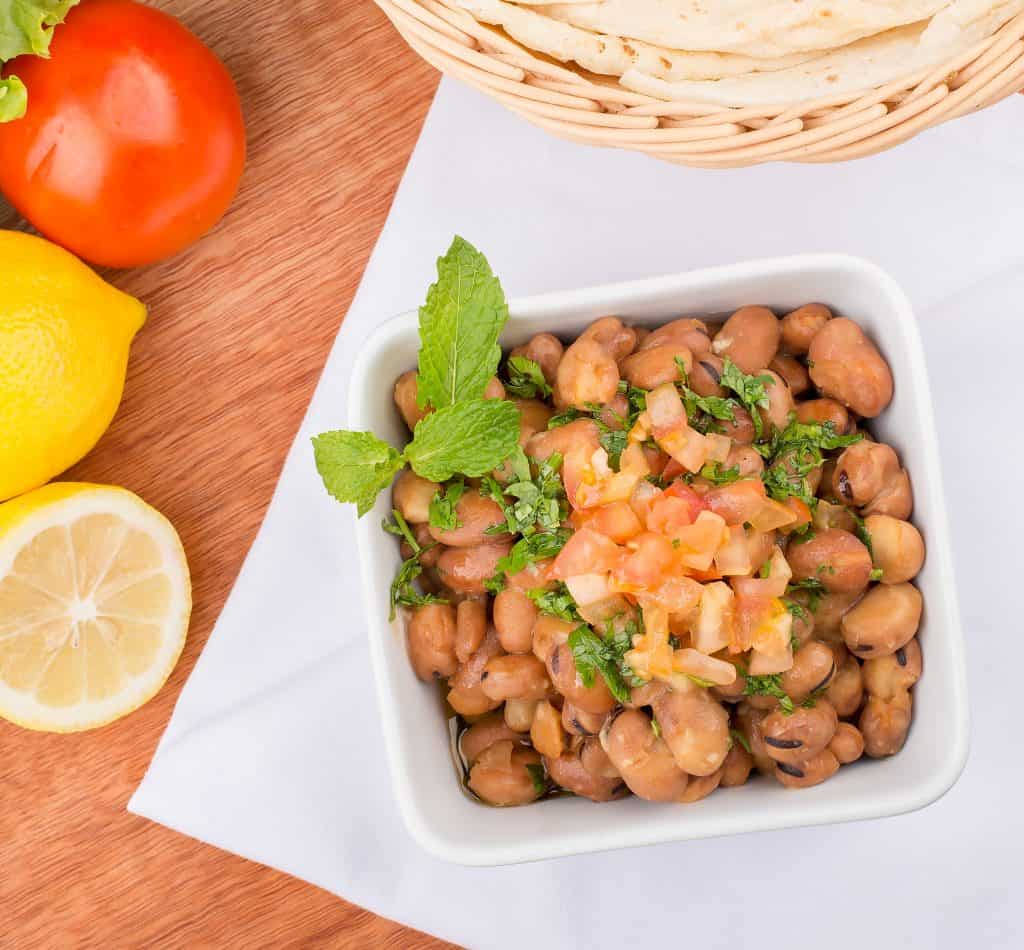 Cooking dried black-eyed peas is a little more involved, but still easy.  It seems like everyone who cooks dried legumes has a different theory about soaking (hot or cold, for how long, etc).

While most dried bean varieties need to be soaked overnight or parboiled and then soaked, dried black-eyed peas don’t require presoaking.  If you would like to shorten cooking time, however, boil them in water for 3 minutes, then remove the pot from the heat and allow it to sit for an hour to an hour and a half.  At the end of their soak, drain and rinse the peas and cover with fresh cold water.  Add seasonings such as bay leaves and fresh thyme, and bring to a boil.  Cover the pot and simmer for an hour, or until the peas are tender.

While I love a big bowl of black-eyed peas just as they are with a nice piece of cornbread on the side, there are also many wonderful ways to incorporate them into recipes. Traditional Southern cooking is full of them, even if most require meat (typically pork, such as ham or bacon). We don’t do that here at Vegetarian Zen, of course, but there are still plenty of ways to make super-tasty black-eyed pea recipes completely meat-free.

Let’s kick off our list of black-eyed pea recipes with a traditional dish.

Over the centuries, black-eyed peas have established a reputation for bringing good fortune when eaten on New Year’s Day.  Hoppin’ John, a classic New Year’s Day dish in the American South, is made with ham hocks or bacon, onions, and rice.

The Vegetarian Times Magazine offers New Year’s Black Eyed Peas & Greens as a delicious alternative. It features healthy kale (or substitute spinach or other greens), tomatoes, green onions, and fresh herbs.  Although rice is not a part of this recipe, I think serving it over cooked brown rice would be amazing.

This recipe for Greek-Style Black-Eyed Peas from The Mediterranean Dish calls for bold Greek spices such as dry bay leaves, oregano, cumin, and paprika. You can even spice it up with some dried red chili flakes if you like it hot!

This Korean-inspired Black-eyed Peas & Kale Bowl adds a little spice as well as traditional Asian flavors including ginger and tamari or soy sauce.

There are lots of black-eyed pea salad recipes out there.  This one for Black-Eyed Pea and Caramelized Onion Salad caught my eye because of the caramelized onions and fennel flavor combination. Yum! Because this is served at room temperature, it is easy to prepare ahead of time for potlucks and picnics.

It’s time to pull out that Instant Pot! This Vegan Black-Eyed Pea Curry is rich with tomatoes, onions, garlic, herbs, and spices. A great warm comfort dish for a cold night.

Another recipe in the tradition of the south, this Southern Style Black-Eyed Pea recipe brings the heat! We like it hot and spicy down in South Texas and this dish calls for plenty of spices and a teaspoon of Tabasco, one of my favorite condiments! We hope this has inspired you to try some great black-eyed peas recipes.

May luck and good health be with you in the coming year!

Looking for even more recipe ideas? Here are a few resources you may find helpful: